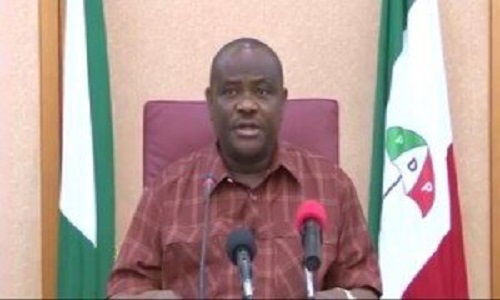 The Rivers State chapter of Peoples Democratic Party, PDP, has expressed shock and sadness over the reckless killings in Omoku, headquarters of Ogba/Egbema/Ndoni Local Government Area of the state.
Gunmen suspected to be political thugs at the weekend beheaded a chieftain of the opposition All Progressives Congress in Omoku.

According to reports, the APC chieftain identified as Franklin Obi, was killed in cold blood alongside his wife, Iheoma, and 18-year-old son, Bestman, at their residence in Omoku on Saturday night.
Reacting to the killings, the Rivers PDP Chairman, Bro Felix Obuah, in a statement issued in Port Harcourt, the state capital by his media adviser, Jerry Needam, described the resurgence of killings among his kinsmen as abominable and sheer madness.
The PDP chair wondered why all the entreaties by the state governor, Nyesom Wike, to all the warring youths during his visit to the area a few weeks ago, could be so flagrantly disobeyed as though they had anything to gain from killing one another.
Describing the weekend killings as one too many, Mr. Obuah called on the police to beef up security around the area and all parts of the state just as he called on the security agencies to unmask the perpetrators of the dastardly acts and bring them to justice.