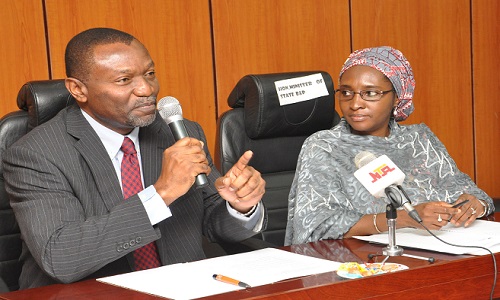 Undeterred by the controversy that has weighed down the 2016 budget, the federal government says it has started preparation of the 2017 budget to enhance economic development.

This was contained in a statement issued in Abuja by the Director of Information in the Ministry of Budget and National Planning, Mr. Charles Dafe.

According to the statement, the Minister of State Budget and National Planning, Hajia Zainab Ahmed, who disclosed this when the Association of National Accountants of Nigeria (ANAN) paid her a courtesy visit, said that the federal government had also started the preparation of the Medium Term 2016-2020 Development Programme to achieve sustainable development.

The ministry, however, solicited the support of ANAN to build the capacity of the staff on Zero Based Budgeting (ZBB) application.

The minister also appealed to the association to assist the present administration to fight corruption.
“As accountants, we can resist corruption, block illegal releases; we need to start from ourselves; we must uphold the tenets of our profession and make ourselves clean and accountable always.

“Our administration came on a change mantra; we shall be transparent and accountable to all Nigerians”, she said.
Earlier, Mr. Anthony Nzom, ANAN’s President, promised to provide technical knowledge to the staff of the ministry on ZBB concept adopted in the 2016 budget.

Nzom commended the “visionary appointment” made by President Muhammadu Buhari on two fellow members of ANAN, Hajia Zainab Ahmed as minister and Alhaji Tijjani Abdullahi as Director-General of Budget Office.

He said that the nation would benefit a lot from their professional competence and services. (NAN)