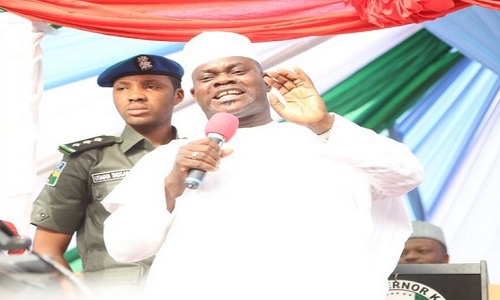 Governor of Kogi State, Alhaji Yahaya Bello has denied knowledge of the vote of no confidence passed on him by the State Executive Committee of the All Progressives Congress, APC.
He urged aggrieved members of the party to be patient with his administration, adding that he was still “very young” in office and will carry everybody on aboard as time goes on.
The Kogi APC had in a letter dated April 12, 2016 to the national leadership of the party, accused the governor, among other offences, of romancing the Peoples Democratic Party, PDP, the main opposition party in the state.
The letter, which was signed by about 33 members of Kogi APC executives after their meeting in Lokoja, the state capital, last week, also accused Mr. Bello of sidelining the state EXCO and other organs and members of the party in running the affairs of the state.
But the governor, in a statement by his Special Adviser on Media and Strategy, Mr. Abdulkarim Abdulmalik, pleaded for understanding of the state APC executives, saying whatever their grouses are with him, it could be resolved using internal mechanisms of the party.
Abdulmalik said, “We are not aware of that (vote of no confidence). Nevertheless, it is an internal issue. Whatever be their grouse, they can resolve it through internal structure of the party. The national secretariat is there to intervene if there is any internal political crisis in the state. So, we are not aware of such development.
“Those who have a grouse with the governor need to be patient. The government is still very young. It is less than three months old. The governor has promised that his leadership is going to be premised on the principle of ‘all-inclusiveness’.
“When you want to do that, definitely, a few people will be unhappy. Notwithstanding, that is not enough to create any serious risk. Whoever has a grouse, the party structure is there to intervene and resolve the issue”.