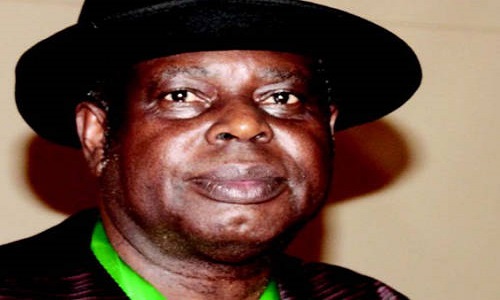 Ijaw youths worldwide under the umbrella of Ijaw Youth Council (IYC) have announced plans to organise public lecture every year to immortalise the late former governor of Bayelsa State, Diepreye Alamieyeseigha.
Mr. Alamieseigha, the first civilian governor of Bayelsa, died on October 10, 2015.
President of the IYC, Comrade Udengs Eradiri, stated this on Thursday in Yenagoa, the Bayelsa State capital ahead of the burial rites of the late politician.
He said the annual public lecture would focus on true federalism, fiscal federalism and resource control, which were some of the ideologies the late former governor fought for in his life time.
“We will be holding annual public lecture on true federalism and fiscal federal as a mark of honour to immortalise DSP Alamieyeseigha.
“Every year, on the date he died, we will organise annual public lecture to look at issues concerning resource control and true federalism”, Mr. Eradiri said.
The IYC leader alleged that late Mr. Alamieyeseigha, fondly called the Governor-General of Ijaw nation, suffered political victimisation and persecution for his belief in the Ijaw struggle.
He also described the late Mr. Alamieyeseigha as “a shoulder for every Ijaw to lean on”.
According to Mr. Eradiri, the late ex-governor was also magnanimous to Ijaw people by awarding them scholarship and appointing them into public offices without discrimination.
“When he was governor, he mobilised other governors for good causes in the polity. Till date, nobody has done the kind of mobilisation that he did.
“These qualities endeared him to all who called him as the Governor-General of the Ijaw nation.
“But the establishment and Abuja did not like him. They were not happy that he became a voice for the Ijaw nation”, he said.