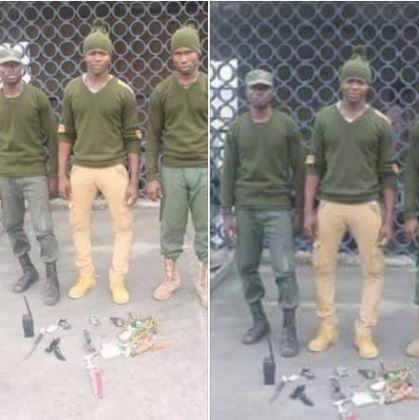 These three kidnap suspects were apprehended by the Imo State Police Command on Sunday, April 3, along Nwaorieubi in Mbaitoli LGA of the state. The suspects who were arrested in military uniforms were nabbed following a tip-off by good spirited individuals who quickly alerted the police. Exhibits recovered from suspects include: –
1. Two Jack knives
2. One Walkie-Talkie
3. Three rings which suspects claimed to be charms.