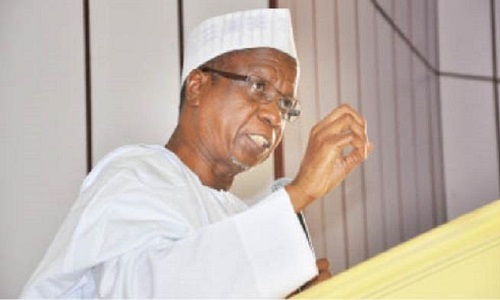 A former secretary to the Government of the Federation, Alhaji Mahmud Yayale Ahmed, has advocated the abolition of local government elections across the federation because they failed to produce the desired political leadership at that level of government.
Speaking in Kuru, near Jos at the Daily Trust/National Institute for Policy and Strategic Studies (NIPSS) workshop on local government development yesterday, Mr. Ahmed said based on experience, ruling parties in the various states manipulate the polls to impose candidates on the people, thereby, making a mockery of the essence of the exercise.
“I started thinking, is there any need to continue wasting our time, if it is the state electoral commissions that will conduct local government elections under their governors while all councillors and all the chairmen will be candidates of the ruling party. So what is the need wasting our time pretending that we are electing local government officials?” he queried.
The former SGF continued: “Why don’t we evolve a criteria for appointing, rather than wasting time and funds for elections because this is a very crude, bold way of local government selection. Why don’t we call a spade a spade by allowing appointments to save ourselves from wasting money in insincerity?”
According to Ahmed, the system he was advocating would create the opportunity of appointing competent persons, who ordinarily, would not have the opportunity of serving at that level because of the pretentious elections.
“The composition and calibre of local governments, many of you here are indirectly from the local governments. The fact that we come through election, makes it impossible for people who may be competent to be part of the local government administration. I don’t see any reason why a retired permanent secretary, even from the federal level, cannot go and be a councillor of a local government, for that is the essence of grassroots development”, he added.