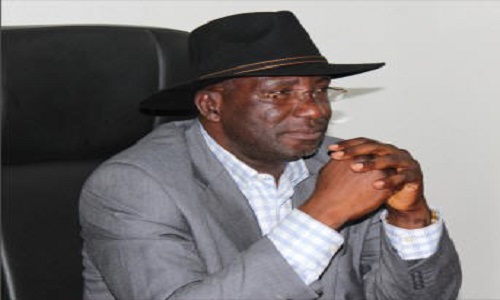 The Rivers State Chairman of the Peoples Democratic Party, PDP, Bro. Felix Obuah, has congratulated the leadership and members of the State House of Assembly on the successful swearing-in of their newly elected colleagues.
He said the development would enhance full legislative business in the Assembly and for the entire State.
The PDP chairman, in a statement on Friday by his media aide, Jerry Needam, said the smooth exercise and non-delay in ushering in the new members in compliance with the law and democratic requirements, is a confirmation that the leadership of the Assembly is focused and poised to serve the people of the State positively.
The statement said Mr. Obuah particularly commended the Speaker of the Assembly, Rt. Hon Dabotorudima Adam, for keeping the Assembly together, and his efforts to put in place a robust legislature that will ensure check and balances in the governance of the State.
“The State PDP Chairman observed that for the rule of law to thrive in a democracy, the three arms of government, including the Legislature must be indeed functional and independent as being witnessed today in Rivers State under Gov. Nyesom Wike. This has been one uncompromised priority of this administration in the State and we are happy that the Governor has not and will not relent in achieving and sustaining it”, the statement said.
It further said the PDP chairman joined the good people of the State to welcome the newly sworn-in members, whose mandates the “enemies wanted to puncture through the Election Tribunals, but have been restored through the overwhelming votes of the people in the March 19, 2016 re-run elections in the State”.
Mr. Obuah, therefore, urged the newly-sworn in lawmakers to support Governor Wike in his quest and tireless efforts to develop the State and give the people a new lease of life in the State.
The PDP chairman expressed the belief that the ‘Rivers New Vision’ agenda of the Wike administration cannot be fully realized without a harmonious relationship between the three arms of government, appealing to the honourable members of the hallowed Assembly to place the development, peace and growth of the people of the State above individual interests.
He also reassured them of the continued undiminished support of the PDP to enable them succeed in their legislative duties.