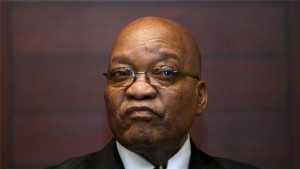 South African President Jacob Zuma apologised on Friday for the long-running scandal surrounding his private home and pledged to obey a court ruling to repay some of the $16m of public funds spent on his property. Zuma addressed the nation on television one day after a scathing ruling by South Africa’s highest court said the president’s failure to accept a recommendation from the public protector that he repay a portion of the money was a violation of the constitution.

“I wish to emphasise that I never knowingly and deliberately set out to violate the constitution,” said Zuma, who faced growing calls to step down after the Constitutional Court’s verdict.  “I … respect the finding that failure to comply with the remedial action taken against me by the public protector is inconsistent with the constitution.” “The matter has caused a lot of frustration and confusion, for which I apologise, on my behalf and on behalf of government.”

On Thursday, South Africa’s highest court ruled unanimously that Zuma failed to “uphold, defend and respect” the constitution when he ignored the order of an anti-corruption watchdog to repay some of the millions spent to upgrade his sprawling rural residence at Nkandla in KwaZulu-Natal. After delivering a stinging rebuke to Zuma, the Constitutional Court gave the president 105 days to repay the “reasonable cost” of non-security-related upgrades to his private home.