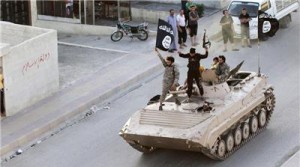 US President Barack Obama has said he plans to send 250 more troops to Syria, a sharp increase in the number of Americans working with local Syrian forces. “I’ve decided to increase US support for local forces fighting ISIL in Syria … I’ve approved the deployment of up to 250 US personnel in Syria, including special forces,” Obama said, announcing the decision after a meeting in Hanover with German Chancellor Angela Merkel.

The deployment, which will increase US forces in Syria to about 300, aims to accelerate the process of driving back the Islamic State of Iraq and the Levant (ISIL, also known as ISIS) group, White House adviser Ben Rhodes said. In Iraq, the US plans to send 200 more soldiers and Apache helicopter gunships in preparation for an offensive to retake Mosul.

ISIL controls the cities of Raqqa in Syria and Mosul in Iraq and is proving a potent threat abroad, claiming credit for major attacks in Paris in November and Brussels in March. “I think the administration has come to the conclusion that the Iraq army is not capable of taking Mosul,” Peter Galbraith, a former American diplomat, told Al Jazeera from Paris. “The strategy is going to be to go after Raqqa with the Syrian Kurds.”

In his remarks, Obama also said that Europe needed to take on its share of the burden to ensure collective security, adding that the Western allies could do more in the fight against ISIL. While Obama has resisted deploying US troops in Syria, he initially sent 50 US special operations personnel there last year. The US officials described the forces as being on a “counterterrorism” mission rather than involved in an effort to tip the scales in the war, which Staffan De Mistura, the UN envoy, estimates has killed 400,000 people.