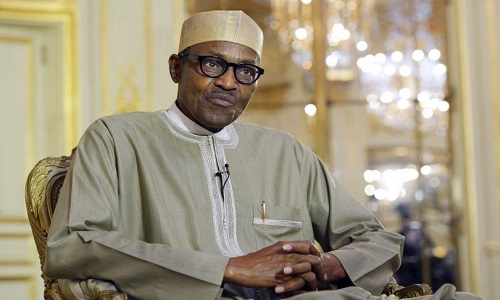 With almost three years still remaining for the completion of his first tenure of four years in office, President Muhammadu Buhari has been endorsed for a second term by the Taraba State chapter of the All Progressives Congress, APC.
This was part of the 11 resolutions unanimously agreed by the stakeholders of the party at a meeting convened at the weekend in Jalingo, the state capital.
While reading the communiqué of the meeting to journalists on Saturday night, the state chairman of the party, Hassan Ardo, said APC members in the state “unanimously declared a vote of confidence on the leadership of both the state and national executives of the party”.
“The APC members declared their total and unconditional support for all the policies and programmes of the Federal Government and endorsed President Muhammadu Buhari for second tenure if he is interested in contesting in 2019”, Mr. Ardo said.
“It urged all APC members to remain loyal to the Federal Government to enable it to successfully deliver on all its campaign promises.
“The meeting noted with great concern the continued victimization of APC members in the state especially civil servants on their perceived sympathy to the APC.
“The meeting condemns in strong terms the politics of religion, ethnicity and other divisive sentiments by the PDP led government and calls on all Tarabans to remain united.
“The APC has resolved to engage the Taraba State Government constructively on all its policies and programs”, the chairman said.
The meeting was attended by leaders of the party in the state as well as state and federal lawmakers elected on the party’s platform.