Home Trending ‘We Stand Shoulder To Shoulder With Nigeria In The Battle Against Boko...
Facebook
Twitter
WhatsApp 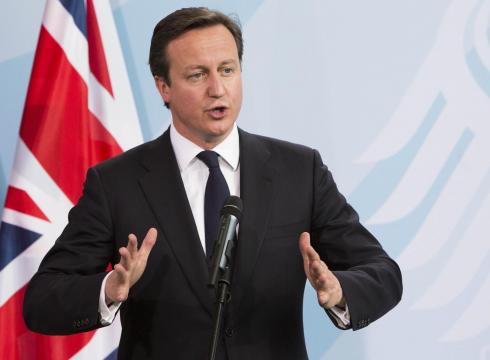 The United Kingdom (UK) yesterday reaffirmed its support for Nigeria in the ongoing war against Boko Haram Terrorists in the Northeast.
UK Minister for International Development, Nick Hurd, told the News Agency of Nigeria (NAN) in Abuja that the UK had a very long cordial relationship with Nigeria.
“The very long partnership between UK and Nigeria matters a great deal to us; even my Prime Minister has made it very clear that we stand shoulder to shoulder with Nigeria in the battle against Boko Haram.
“We understand how many thousands and millions of peoples’ lives have been devastated by the atrocities in the North East.
“We are determined to help our own friend and partner to defeat that barbaric group”, he said.
Mr. Hurd said at the moment, the UK’s support took the form of a big commitment to training and capacity building in the military.
He said his country was pleased with the successes so far recorded by the military against Boko Haram insurgents recently.
On the kidnapped Chibok schoolgirls, Mr. Hurd said UK was always supportive of the determination to ensure the safe return of the girls but challenged Nigeria to lead the girls’ rescue.
“My Prime Minister, the British Government and the British people are fully supportive of the determination to bring the girls home.
“They have empathy with that but this (rescue) needs to be led by the Nigerian government, there has to be a Nigerian solution to this.
“I made it clear to the Vice-President that we will help but we are going to follow a Nigerian lead”, he said.
On a report that the UK knew the whereabouts of the girls, Mr. Hurd said: “My information is constrained by the fact that I’m International Development Minister.
“I’m not into greater deal into the military intelligence cooperation. I don’t have a full answer to that question”.
On the humanitarian assistance, the envoy said the UK was increasing its commitment with another 33 million pounds.
He said the increased fund was informed by the assessment that was carried out about the needs in the north eastern part of the country which were around nutrition, food and protection.
He said the UK was interested about the stability and real development of the region and called on the international community to be more effective in its response. (NAN)