A 28-year old man, Uwem Akpanebe, has been arrested and detained after he allegedly killed his 75-year-old aunt, Josephine George, in Uyo, Akwa Ibom State.
The state Police Public Relations Officer, PPRO, Cordelia Nwawe, told newsmen at the state Police headquarters, Uyo, the state capital on Monday that the suspect, a native of Ikot Ineme in Essien Udim Local Government Area of the state was in detention and will be charged to court on completion of investigation. 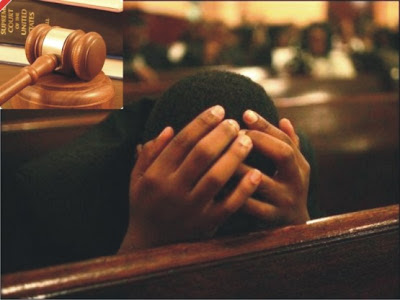 The PPRO who spoke on behalf of the state Commissioner of Police, CP, Mr. Murtala Mani, reiterated the commitment of the police in the state to smoke out all criminal elements from their hideouts for the state to remain peaceful and safe.
Meanwhile, the suspect confessed, saying he was ordered by prayer warriors to kill his aunt.

Akpanebe said he decided to kill his aunty as the prayer houses he went to for solutions to his problems told him the person behind his woes was a close relative who did not only spiritually block his chances of realising his aspirations, but was also plotting his death for money ritual.

He added that since he was living with Josephine, he thought she was the one plotting to use him for money rituals and, therefore, had to go for her life first.

The suspect told Vanguard, “My action was caused by the revelations given to me by the prayer houses I have been attending.
“I was told in almost all the prayer houses that someone close to me was the cause of all the ordeals I was passing through and that the person was even plotting to use me for money rituals.

“So I hid somewhere with a machete, waited for her and when she was returning home, I cut her with the machete till she died.”