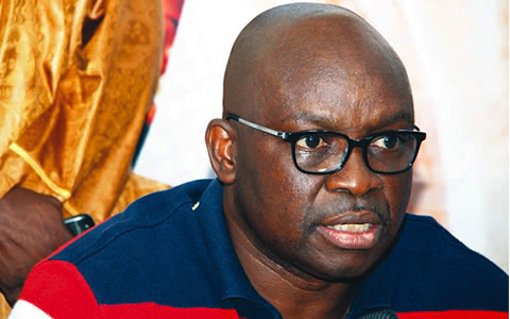 Governor Ayodele Fayose of Ekiti State has reacted to the arrest of his associate, Mr. Abiodun Agbele aka Abbey, by the Economic and Financial Crimes Commission, EFCC.

Mr. Abbey, who was initially suspected of hiding in the Ekiti Government House to evade arrest by the anti-graft agency, was alleged to have aided and abetted the governor in laundering part of the N4.7billion arms fund disbursed by the Office of the former National Security Adviser, Sambo Dasuki, for the prosecution of Fayose’s governorship election in 2014.

While the embattled governor denied receiving any funds from the Office of the former NSA, he claimed that Zenith Bank was the major contributor to his election fund and Agbele was his representative during financial dealings with the bank.

It was learnt that Agbele was arrested in Lagos last night and is being detained at the Lagos State office of the EFCC.

Reacting to the arrest of his associate in a statement by his media aide, Lere Olayinka, the governor called on the EFCC to carry out its investigations devoid of politics.

Gov. Fayose pointed out that at no time was his associate invited by the anti-graft, otherwise, he (Agbele) would have gladly turned himself in to avoid undue embarrassment.

“Therefore, there is nothing to celebrate in his arrest if it is not political”, he said.

The statement continued: “As already pointed out, Governor Ayodele Fayose does not have anything to do with any fund from the Office of the National Security Adviser (ONSA). He has stated how his election was funded and Zenith Bank that he said funded his election has not denied doing so.

“Also, the person said to have been arrested is an adult and will defend himself when the time comes. Subjecting him to media trial as EFCC has been doing since the inception of this government will only give our adversaries momentary sense of joy.

“We await reports of EFCC investigations and we hope that the anti-corruption agency will be civil enough to allow an open and transparent trial in competent court of law and not media trial just to get at Governor Fayose because of his uncompromising stance against the misrule of the APC/Buhari led federal government.

“Whatever stories being circulated by the EFCC and its political allies can at best be regarded as rumour as we were all in Nigeria when Nigerians were told that $700m cash was found in the House of Mrs Diezani Alison-Madueke and the story turned out to be lie”.

The governor again reiterated his resolve to make his opinions known on national issues, vowing not to be intimidated.