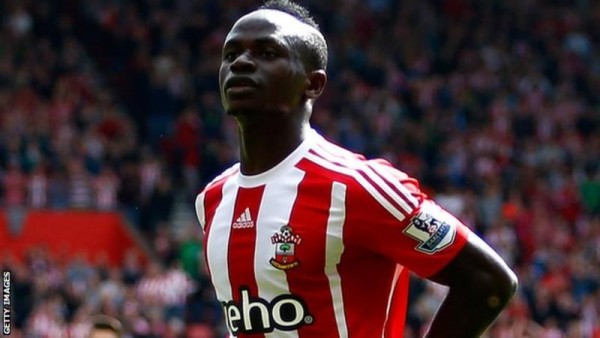 Liverpool are targeting Southampton forward, Saido Mane as their first signing of the summer and have been in an audacious £30m bid.

The Saints are insisting on £40m for the 24 year old Senegalese player who scored just 11 goals in 37 Premier League appearances last season. Mane was tipped to sign for Manchester United last season but the deal did not materialize and he looks likely to make the switch to Liverpool just like a handful of other Southampton players.

Nathaniel Clyne, Adam Lallana, Rickie Lambert and Dejan Lovren were all signed by Liverpool from Southampton and as soon as both teams agree on their valuation for the player, Mane will make the move.

Liverpool already have a flood of attackibg options but theirs is a situation of quantity over quality. Daniel Sturridge has been as fragile as a champagne flute all season while £32m signing Christian Benteke has been largely disappointing.