Are the security agencies closing in on Niger Delta Avengers or the militant group just decided to take extra precautionary measures to evade detection?
These and more are questions begging for answers after the militant group, which has sustained weeks of destruction of oil and gas installations in the Niger Delta with a vow to bring Nigeria’s oil production to “zero level”, shut down its website, www.nigerdeltaavengers.com.
The website, just like the group’s other channels of communication, was used to promote the militants’ acts of economic sabotage against the nation but a check Sunday afternoon, indicate that either the page has been removed or moved with the URL not changed accordingly.
A visit to the site returned a “404 error” with a message: “The requested URL / was not found on their server. That’s all we know”.
According to findings, a “404 error” is a client-side error, which simply means that the owner has either removed it completely or it no longer exists with the URL (www.nigerdeltaavengers.com) entered. 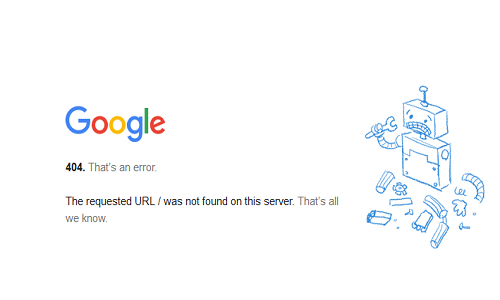 However, it was not known if the militant group shut down on its own knowing that its activities was now under the microscopic observation of security agencies.
The Niger Delta Avengers, which recently called on other agitators in the region to follow its steps by not spilling the blood of soldiers or civilians, has not made any statement on the new development.