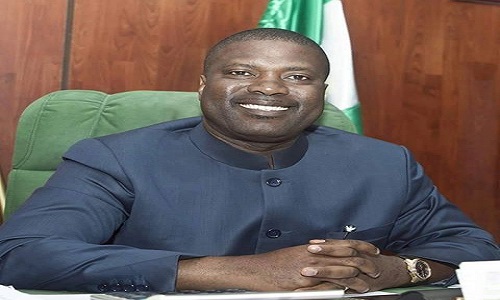 The party commended the president for reconstituting the intervention agency’s board just as it reposed confidence in the new management to achieve successes in its assignment.

In a statement by the party’s State leader and Chairman, Obong Umana Umana and Dr Amadu Attai, on the appointments of Ekere and Samuel Frank as NDDC’s managing director and commissioner respectively, the APC’s State Working Committee (SWC) praised President Buhari for looking out for experience, competence and integrity in his choice of appointees.

The statement reads: “On behalf of the State Working Committee and the membership of the Akwa Ibom State chapter of the APC, we want to commend President Buhari on the reconstitution of the board of the Niger Delta Development Commission (NDDC).

“We are delighted at the high quality of appointees to the new board of the commission and want to register our appreciation of the President’s careful and well-considered choices, which reflect deep concern for experience, competence and integrity.

“We are confident that the new Board under the able chairmanship of the highly experienced Senator Victor Ndoma-Egba will effectively steer the affairs of the commission for the fulfilment of its mandate to the people of Niger Delta”.

The Akwa Ibom APC described the former deputy governor as the right pick for the top job at the commission in terms of track record, exposure and other indicators of leadership ability and expressed confidence in him and his ability to discharge the Office of Managing Director of the NDDC with utmost prudence, dedication and exemplary sense of duty.

The statement also expressed delight at the choice of the commissioner-designate from the state, describing Mr. Frank as a man known for his self-control, loyalty to any cause he believes in and commitment to duty and wished the appointees success in their new assignments.