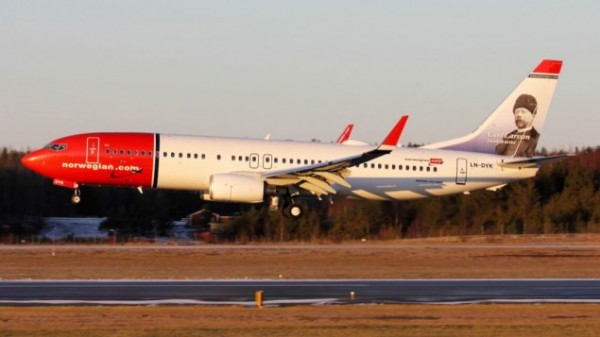 A flight to Greece was delayed on Sunday after the cabin crew refused to fly because there were claims of a passenger having an ISIS flag tattooed on his arm.

The crew believed the tattoo was either associated with the terrorist group or a verse from the Koran.

The Norwegian flight from Arlanda Airport in Sweden was grounded until the captain opted to have the man and his female companion removed from the flight.

Darko Ali, a border police commander said the captain decided that the person would not be allowed to remain on board and wanted that person to leave.

‘He was not welcome on board the plane and we helped him to leave the airport.’ He said.

Another police officer said: ‘The pilot has full authority to remove whoever he wants from the plane.’

He added that although the police were present, the incident is not a police matter.

Departure was delayed by an hour before the plane finally left Stockholm.