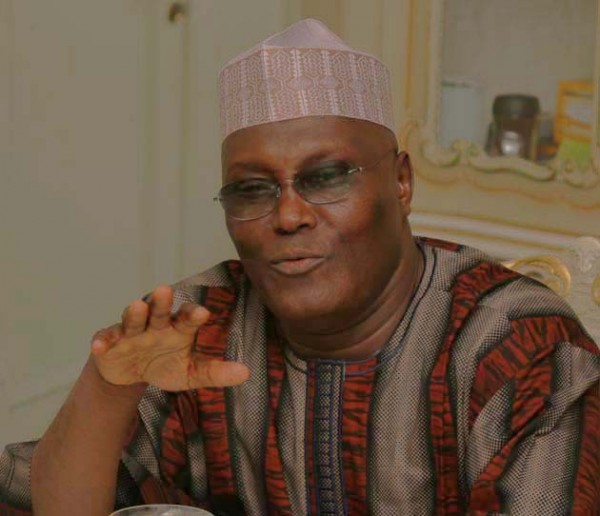 Former Vice President Atiku Abubakar on Monday said it is not within his power to intervene in support of the Senate or the Attorney General of the Federation and Minister of Justice, Abubakar Malami (SAN), when his intervention is not sought.

The former vice president was reacting to a statement attributed to him in a section of the media over the ongoing face-off between the Senate and Mr. Malami.

The All Progressives Congress (APC) chieftain said he was taken by surprise by a purported statement being attributed to him and quoted by the media, suggesting that he took the side of one of the parties in the feud.

Mr. Abubakar made the clarifications in a statement issued in Abuja by Mazi Paul Ibe, his Media Adviser.

Ibe recalled that the last time Abubakar issued a statement on National Assembly matters was on July 2, 2015, when he called for an amicable resolution of crisis of confidence that arose from the election of principal officers, which bitterly divided the party leaders and their supporters.

He said the statement was titled “It is time to shift ground and move to the centre”.

He, however, disowned any recent statement either in support of the Senate or the Minister.

The statement pointed out that though the Turaki Adamawa did not welcome any row between the executive branch and the legislature, which causes needless distractions at the expense of governance issues demanding attention, his statement on Saturday over internal party tension should not be twisted, reworked and attributed to him in order to make it look like he made a recent comment on the National Assembly versus AGF crisis of confidence.

It, therefore, advised members of the mass media and the new media to treat people fairly by not attributing to them statements they did not make.

Mr. Ibe also cautioned against dredging up old statements on different issues and making them appear like their reactions to current issues that have no bearing on each other.