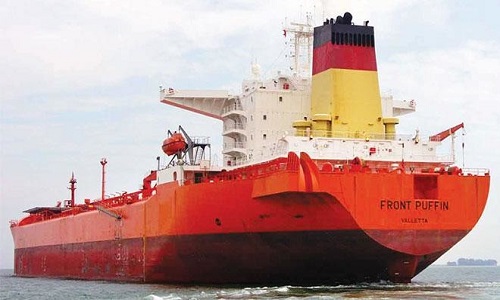 Nigeria is set to export its first crude oil lifting from the Aje field, offshore Lagos, by the end of August following the commissioning of a production and storage vessel for the product.

The news of first crude oil lifting and exportation from the Aje field will come as good news to Nigerians in the wake of repeated threats by the Niger Delta Avengers that no single drop of oil will be exported from Niger Delta oil fields.

As oil production in the Niger Delta continue to decline following the activities of militants, Governor Akinwunmi Ambode of Lagos State in May, 2016 announced to the world that the state had officially joined the League of Oil Producing States in Nigeria with the discovery of crude oil by Yinka Folawiyo Petroleum Company Limited (YFP) in the state.

The announcement of the first crude oil lifting from the Aje field was made by yesterday by Panoro Energy, the London based independent E&P Company in partnership with YFP in an operational update on its website.

The company, however, stated that the targeted stabilised production rates have not yet been achieved, due to mechanical issues and Nigerian regulatory approvals.

“Until the outstanding issues are resolved, which could take until the end of Q4 2016, production shall be maintained at a restricted daily rate of approximately 7,000-8,000 barrels of oil”, the company stated.

“We expect the first crude oil lifting from the Front Puffin FPSO to take place at the end of August”, it said adding “In the meantime we continue to be encouraged by the performance of the reservoir to date”.

“Laboratory assays have been delivered on Aje crude oil which show it to be as expected a high quality grade of approximately 42 degree API”, the company’s update noted.

John Hamilton, CEO of Panoro said, “We are very pleased with the reservoir performance at Aje and are planning the next steps to realize its full potential”.