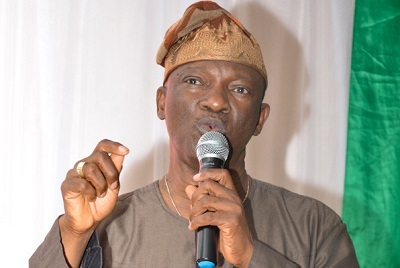 Following the August 17 date announced by the national caretaker committee of the Peoples Democratic Party (PDP) for the party’s national convention in Port Harcourt, Rivers State, plans are afoot to ensure that Mr. Jimi Agbaje emerges national chairman of the PDP.

It was learnt that the choice of Agbaje as chairman has received the approval of key party organs and stakeholders in virtually all the six geo-political zones.

Among the geo-political zones, the South-East was said to be the most favourably disposed to the former governorship candidate of the PDP in Lagos State during the 2015 general elections, to lead the party.

The decision to settle for Agbaje was said to have emerged from well thought out permutations on various elective positions ahead of the 2019 general elections.

For instance, while the party has zoned its 2019 presidential ticket to the North, which automatically disqualifies any chairmanship candidate from the region, the South-East has been positioned to clinch the vice presidential ticket.

For presidential running mate position, the Deputy President of the Senate, Ike Ekweremadu, has been tipped by power brokers as the preferred choice considering his pedigree and current position as the highest ranking politician from the South-East in the current dispensation.

The party’s immediate past Deputy National Chairman, Prince Uche Secondus, is also said to be in pole position to retain the position, with the backing of the Rivers State Governor, Mr. Nyesom Wike.

Power brokers in the PDP were said to have settled for Agbaje’s candidature after extensive deliberations in the past weeks.

He was said to have received more vocal approval than several others eyeing the chairmanship position of the main opposition party.

The party leaders were said to have mapped out a strategy to ensure that they are not openly seen to be working for Agbaje’s emergence.

Towards this end, it was learnt that the former governorship candidate will be made to seek the party’s nomination alongside others with all aspirants treated equally.

“But plans are afoot for massive mobilisation of delegates in the six geo-political zones for Agbaje’s candidature at the upcoming convention to ensure his emergence.

“His backers have decided not to persuade other aspirants to step down, in order to avoid recriminations that could ignite fresh crisis in the party”, said an insider.