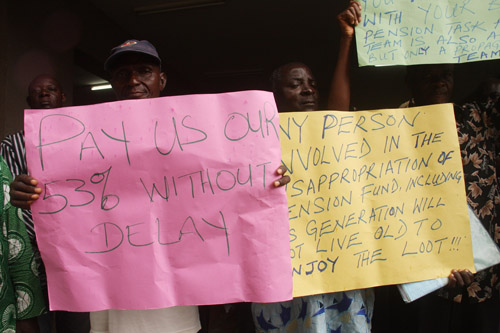 Local Government retirees in Akwa Ibom state have come out in their hundreds to protest against non-payment of their pensions for the past four months.

The protesters carried placards with inscriptions requesting for the intervention of the state government in ensuring the prompt payment of their entitlements.

The Commissioner for Local Government and Chieftaincy Affairs, Mr Victor Antai, while explaining the ministry’s shortcomings in providing financial allocations to the local governments appealed to the pensioners to be patient with the state government.

He however, stressed that all state pensioners have been paid as he promised that the government would soon pay all its outstanding debts.