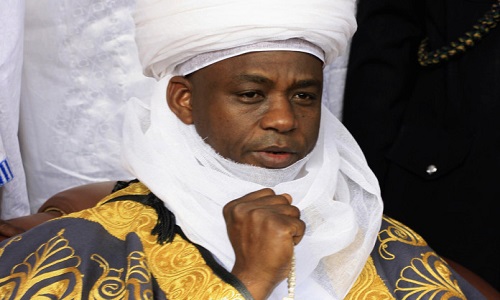 The Sultan of Sokoto, Alhaji Muhammad Sa’ad Abubakar III, has urged Nigerians to desist from giving a religious ‘toga’ to negative happenings in the country.

The Sultan made the call at a meeting with religious leaders, security agencies, communities, journalists and NGOs at his palace yesterday.

The revered monarch, who is the spiritual leader of all Nigerian Muslims, blamed the elite for most negative trends, saying their selfishness and uncompromising attitude were the cause of the major problems in the country.

“Whenever one loses power, he creates problem, and the masses are always at the receiving end”, he said.

The President-General, Nigerian Supreme Council for Islamic Affairs (NSCIA) noted that everything had been politicised, and that Muslims feel more marginalised “only that they were not complaining”.

Abubakar lamented that anything negative is always attributed to Muslims, Fulani (herdsmen) and Hausa, though when crimes are committed elsewhere, it is not linked to religion, ethnicity and region.

Notwithstanding, he pointed out that Nigeria remains a beautiful country and its people love one another.

He also advised leaders, particularly the elite, to desist from setting innocent people against themselves.

“Let them bring issues that cause debate but don’t carry weapons against one another. Life lost never comes back; let us sit together, discuss our problems and see how to overcome them”, he said.

Sultan Abubakar further urged Nigerians to stop blaming Fulanis for every attack, saying “criminals are found anywhere, in any religion and tribe”.