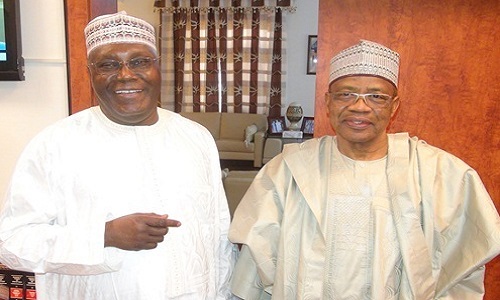 He stated this in a congratulatory message to Mr. Babangida on the occasion of his 75th birthday tomorrow (Wednesday).

The former vice president, in a statement signed by his head of media, Paul Ibe, in Abuja on Tuesday, said one of the greatest legacies of IBB is giving the country a manageable number of political parties by reducing them to two.

This, he said, reduced waste of resources through financial support from the country’s electoral commission.

Atiku noted that following the conception of the Federal Capital Territory by Gen. Murtala Mohammed, the late Head of State, Mr. Babangida facilitated the rapid development of the city.

“The virtues of forgiveness, and the magnanimous spirit of the former president is one of the magnetic and endearing features of his character.

“It is impossible to encounter IBB without being moved by his humility towards people, regardless of their social status in life.

“His detribalised nature and passion about Nigeria’s oneness are virtues worthy of emulation”, the Turakin Adamawa added.

He, therefore, prayed God to grant IBB many more years in good health so that the country could continue to drink from his fountain of wisdom.