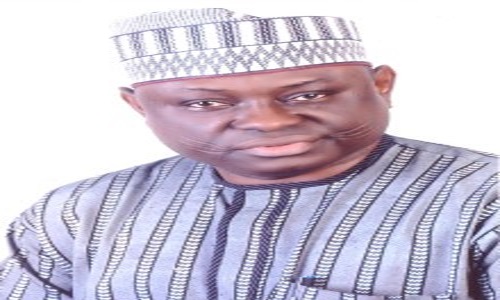 An aspirant for the position of National Publicity Secretary of the Peoples Democratic Party, PDP, Barr. Kabir Usman, has described as ineffective, an order by Justice Okon Abang of the Federal High Court in Abuja, suspending the party’s national convention.

Justice Abang had on Monday granted an interim order suspending the national convention scheduled to hold tomorrow (Wednesday) in Port Harcourt, Rivers state, pending the determination of the application filed before him on July 20.

The judge gave the order after a lawyer representing the Ali Modu Sheriff faction informed him that the Ahmed Makarfi caretaker committee’s national secretary, Ben Obi, had approached the Port Harcourt division of the Federal High Court to obtain an interim injunction.

The injunction compelled the Independent National Electoral Commission and security agencies to monitor the convention.

However, Mr. Kabir, on Tuesday said that the Port Harcourt order was “very specific and was given last week” while the Abuja order was given only on Monday.

“Monday’s ruling was intolerable and unacceptable and cannot stand. It is the misconduct of the highest order”, he said.

The Makarfi caretaker committee had already said it would go ahead with the convention in obedience to the ruling of the Federal High Court, Port Harcourt

The aspirant, who served as the head of the legal unit of the caretaker committee before he resigned to run for the position of publicity secretary of PDP, said the right thing for anyone dissatisfied with the Port Harcourt ruling to do was to go on appeal and “not a Court of equal jurisdiction”.

“In any case everybody is in Port Harcourt already, so who are they going to serve? We only read about the order in the pages of newspapers”, he added.

On his chances in the election, Mr. Kabir said he was sure of emerging victorious after he was endorsed by the northern caucus of the party.