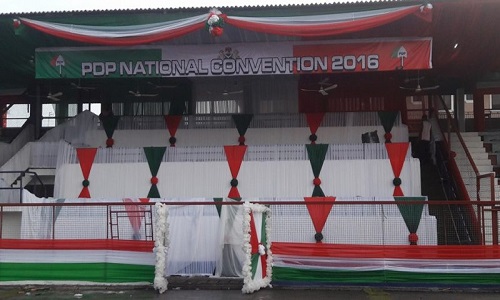 Justice Abang gave an interim order late Monday afternoon while hearing the suit filed to determine who is the authentic National Chairman of the party between Senator Ali Modu Sheriff and Senator Ahmed Makarfi.

Abang had in an earlier judgement sacked Makarfi whose faction is organizing the convention as the National Chairman of the party.

Senator Makarfi has swiftly filed an appeal to quash the ruling, with further hearing fixed for tomorrow

Sheriff, however, insists he remains the national chairman, warning that any convention conducted without his approval is null and void.