There have been reports of a mass protest being held in Benin City, Edo state, by local government workers.
The protesters are said to be workers under the Nigerian Union of Local Government Employees (NULGE), who comprised of the 18 local government councils of the state, demanding the payment of their salary arrears.
Traffic is said to have been grounded for several hours as motorists are finding it difficult to manoeuvre their way out of the protest.
Commercial activities are also reported to be grounded due to the protest. 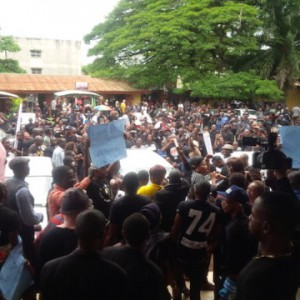 The protesters carried banners and placards lamenting the failure of the local government authorities to pay the outstanding salary ranging from 2 to 18 months.