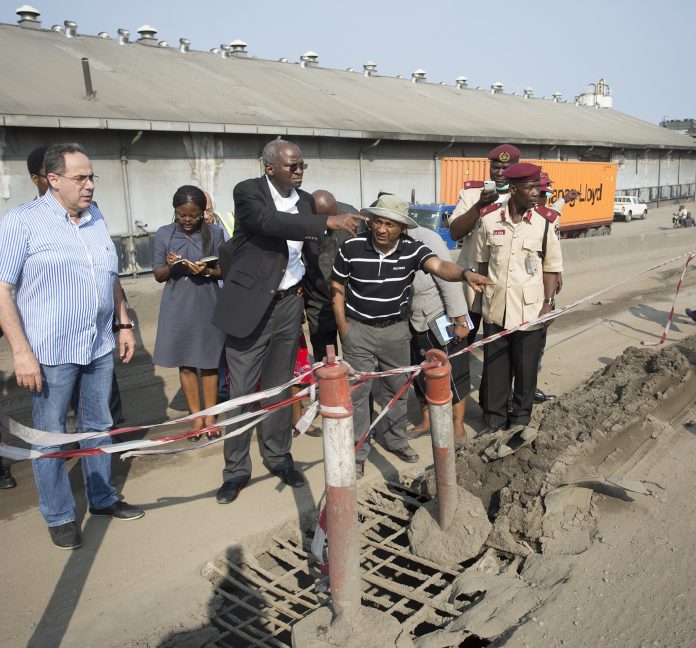 The Minister of Power, Works and Housing, Mr Babatunde Fashola, on Sunday ordered the immediate closure of the damaged Apapa bridge for emergency maintenance work to begin.

The 40-year-old bridge links Nigeria’s premier port to both the Lagos Mainland and Island.

Addressing a stakeholder’s meeting in Lagos, Fashola said the closure of the bridge was a necessary measure as it would save lives and prevent avoidable mishaps.

“In a situation like this, we need to chose between inconvenience and safety

“The first thing to do is to shut down the bridge for the sake of safety and I appeal to residents to bear with us,” he said.

Fashola said that Ijora/Marina-bound vehicles would be diverted to other routes to reduce inconveniences.

He expressed dismay at the long years of neglect that resulted to the dilapidation of the bridge.

“We are dealing with several decades of neglect and there are quite a few bridges across the country that are dying for maintenance and we have to take steps to fix them as soon as possible,” he said.

Mr Godwin Eke, Federal Controller of works, Lagos, said that the deck of the bridge, which was constructed about 40 years ago, has become weak.

He added that the ministry had written to all security agencies to assist in managing traffic in the area during the maintenance work.

Mr Dayo Mobereola, the Lagos State Commissioner for Transportation, said that alternative access routes from Apapa would be cleared of all obstruction.

He said that truck owners had agreed to move their vehicles from the alternative access routes as Julius Berger begins the palliative works.

A team of engineers had told the minister on Thursday that the support of the bridge had become weak.

They said that the structural defects caused by an alleged fire outbreak underneath of a portion of the bridge were making life unbearable for them as it was liable to an imminent collapse.

It is gradually becoming a life-threatening structure to motorists and passengers, they said.

They also said that this development had led to several man-hour loss and bringing wear-and- tear on them as drivers and their vehicles.

Some of the reinforcement rods on top of the bridge’s centre had become exposed as the asphalt covering them had been eroded.

The traffic signs were placed some metres away from the exposed portions warning motorists of impending dangers their driving on it might pose to them.

Drivers of articulated vehicles have refused to use the alternative route provided for them to reduce pressures on the deplorable bridge but the drivers still preferred to ply it.

It was also observed that the five-foot deep and 10-foot long distressed portion of the bridge had been causing serious gridlock for vehicles coming out of the port.