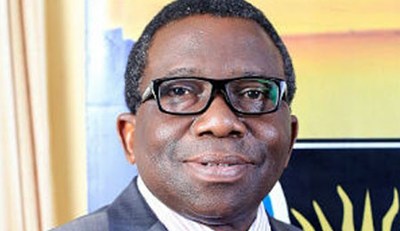 In the wake of the recent polio crisis in the country, the Federal Government on Wednesday announced that it has set aside N9.8 billion for the fight against the children disease.

The fund which is independent of the N6.5 billion already approved by the Ministry of Finance when the polio crisis started, would be used to purchase vaccines and other items.

The fund would be expended on executing the polio response plan developed by the National Primary Health Care Development Agency, NPHCDA, and its partners, Health Minister, Prof Isaac Adewole, said at a briefing in Abuja.

The minister who raised the alarm of a high risk of spread of the virus due to movement of people within and around the states added that response plan would include five rounds of polio campaign, three of which will be focused on 16 northern states and two to be conducted nationwide.

According to the Prof Adewole, the government will synchronize the campaigns with affected regions and provinces in Chad, Niger and Cameroon.

“We have enough funds for vaccines. We earmarked N9.8 billion for polio and by Monday, the entire N9.8 billion will be released.

“This is inclusive of the earlier N3.5 billion earlier released to the NPHCDA,” the minister added.

“When this crisis started, we approached the Minister of Finance for money, and I can assure you that N6.7 billion will be released from the 2016 budget.

“Funding has actually never been an issue. The issue here has to do with access to this population,” he said.

The minister continued by saying the federal government had approved a revision of the nation’s robust Wild Polio Virus outbreak response plan, with a plan to immunise over 56 million children by November 2016.