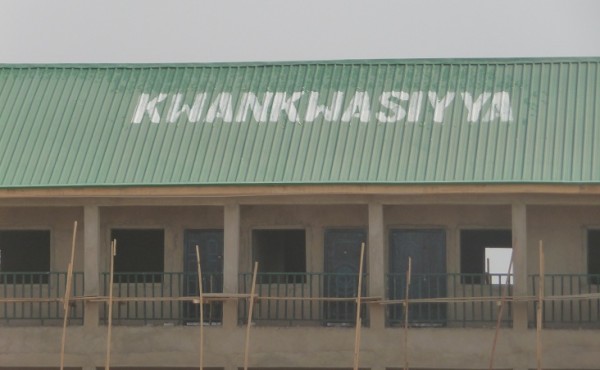 The war of attrition between immediate past Governor of Kano State, Senator Rabi’u Musa Kwankwaso and his successor, Dr. Abdullahi Umar Ganduje has shifted to the House of Assembly with lawmakers Wednesday ordering the immediate removal of all Kwankwasiyya inscriptions from all public buildings in Kano metropolis and other local government areas of the state.

The former governor’s political movement on whose popularity Ganduje and most All Progressives Congress, APC, public office holders from Kano State rode to power, is known as Kwankwasiyya. The movement is symbolized by wearing of red cap.

Earlier this year, the House of Assembly members ditched the red cap in solidarity with Gov. Ganduje.

The battle was renewed yesterday when the member representing Municipal Constituency and Chairman, House Committee on Education, Baffa Babba-Dan-Agundi, moved a motion for the removal of Kwankwasiyya inscriptions from all public buildings.

The motion was unanimously adopted by all the 40 members of the State Assembly.

The House urged the 44 local government councils to comply with the order within one month.

It also directed that the Kwankwasiyya inscriptions be replaced with the names of prominent citizens of the state.