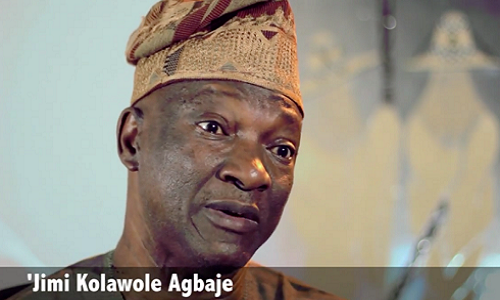 The Peoples Democratic Party, PDP, candidate in the 2015 governorship election of Lagos State, Mr. Jimi Agbaje, has formally entered the race to become the party’s national chairman with a promise to return the PDP to winning ways.

Mr. Agbaje spoke yesterday after he picked the nomination forms for the national chairman of the PDP in Abuja.

A new national chairman and other members of the National Working Committee (NWC) are expected to emerge during the PDP national convention slated for Port Harcourt, the Rivers State capital on August 17.

The former governorship candidate, it would be recalled, was backed by power brokers in the PDP to emerge as its national chairman, even before the position was zoned to the South-west geo-political zone.

But the pharmacist turned politician said as a candidate who does not belong to any of the factions in the party, he stands a better chance to unite all the warring forces in the party.

According to him, it was high time the party learnt from its mistakes of the past that cost it power at the national level as well as some states that had previously been considered its stronghold.

“And that means that we have go back to our constitution. That is very important. We have to be more all-inclusive as we have been thus far. It is about bringing people nearer rather than sending them far away from the party. Everybody must feel to be part of this party.

“What I bring to the table is that I am not a member of any faction or any tendencies. I am in a position to talk to everybody, to ensure that if you love the PDP, then it is time to come back to the zone. I will appeal to those who feel very strongly to join us because Nigeria cannot make the progress it deserves without a viable opposition and that PDP is going to provide that opposition as an alternative government and in a responsible manner”.

Mr. Agbaje will go head-to-head against formidable co-aspirants for the coveted seat at the forthcoming national convention, among them his perceived political god-father, Chief Bode George, who last week, picked the nomination form to contest for national chairman of PDP.