The controversies and accusations surrounding the Edo State gubernatorial election, which is to hold on Wednesday, haven’t seemed to end.

The two major parties in the race, All Progressives Congress (APC) and People’s Democratic Party (PDP) have been trading defaming words.

But the latest in this seems to be comical as a photograph of an APC banner depicting a ‘free Akara’ spot has been sighted in the State. 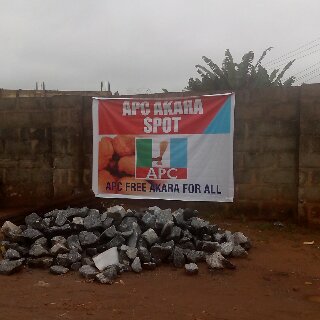 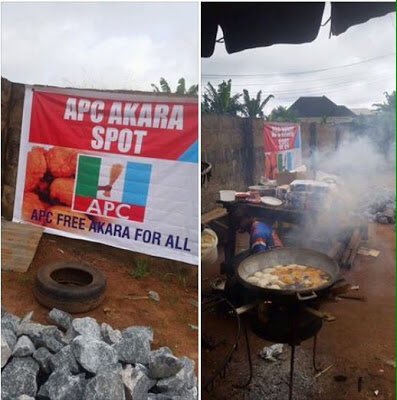 The emerged picture has sparked outrage on social media with many at their dismay joking about it.

Here are some tweets about the picture:

At least, they got protein.

After putting NGR into recession,Apc want to use Akara to buy votes.This is the highest form of insult @PastorIzeIyamu

Welcome to Nigeria, where Politicians think they can get your vote with free akara pic.twitter.com/EKKYLz7HeL