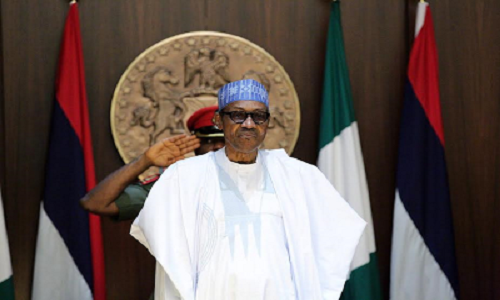 The removal of 40,000 ghost workers from the Federal Government’s payroll by the President Muhammadu Buhari administration is saving the country N8billion monthly, a presidential aide has said.

Malam Garba Shehu, the Senior Special Adviser on Media and Publicity to the President, stated this in a statement issued in Abuja on Monday on the state of the Nigerian economy.

“See what the current administration is doing to sanitise the huge salary bill by eliminating payroll fraud”, Mr. Shehu said.

“So far, the federal payroll has been rid of about 40,000 ghost workers. More than eight billion naira stolen monthly has been saved”.

He said the Federal Government is also determined to enforce fiscal discipline across the states to check wasteful spending.

The FG would achieve this by forcing the state governments to reform their spending and build savings and investments, he said.

Mr. Shehu said the reform would include blockage of leakages that allowed government’s revenues to be siphoned into private hands.

“The Federal Government is not limiting the reforms to the centre, but forcing state governments to reform their spending and build savings or investments”, he said.

He said that the ongoing probe into the finances of the military authorities was part of the reform aimed at checking corrupt practices in the military establishment.

“Look at what a civilian administration is today doing to the military, investigating their finance and accounts that the military could not do to themselves.

“We are also saving on wasteful expenses like First Class Travel and Private Jets for official trips”, he added.

According to the presidential aide, government is also increasing spending on capital projects, especially on infrastructure needed to make Nigerian businesses competitive and create jobs.

“Currently, there is focus on key sectors (apart from oil) that can create jobs and or generate revenue such as Agriculture, Solid Minerals and Manufacturing”.

Malam Shehu noted that if these things had been done when the oil price was as high as $140 per barrel, Nigeria would not have been in this current predicament.

“We would not be suffering now if we had no cash reserves, but we had regular supply of power, a good rail system, good roads and good housing.

“Now that the oil has fallen as low as 28 dollars per barrel, it is very difficult to do what is needed but they must be done to save Nigeria.

“There is no other way if we want to be honest.

“If PDP were still in power they would have continued deceiving people, by borrowing to fund stealing and wastage and the problem would have simply been postponed for future generations to face”.

Shehu also responded to criticisms that the Buhari administration’s economic policies were not clear.

“There are many who say that this Government’s economic strategy is unclear whereas the previous government seemed well co-ordinated”, he said.

“I will make the confession that we, the officials hired to communicate government policies, that includes myself, have not done as well as we should have.

“The truth is that more than any other time before, there is a clear direction and strategy for achieving growth and development.

“Revisionists may not agree, but the truth of the matter is that the previous administration only had one issue, which was how to spend money (oil revenues and borrowed money)”.

He said that the spending by the past administration was focused on the wrong things and even though the economy seemed to be growing, it was not sustainable.