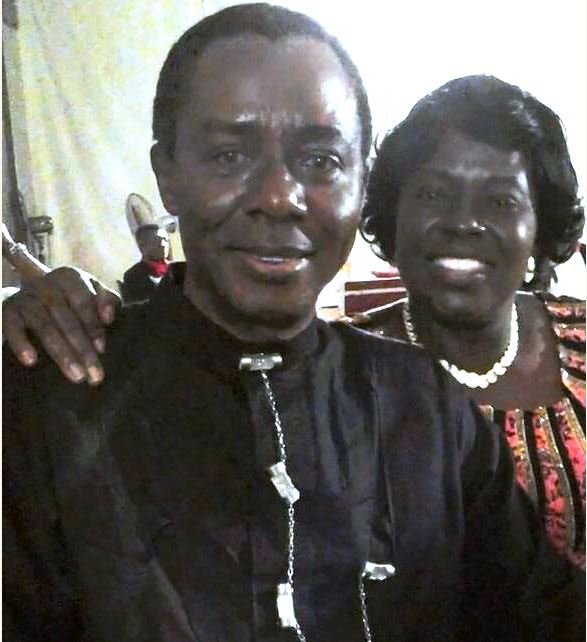 General Superintendent of The Holy Spirit Mission Church (The Happy Family Chapel). Bishop Charles Ighile who together with his wife Rev. Caro Ighile head the church that has over sixty branches,through their syndicated marriage and relationship programme on television have touched many lives and restored thousands of relationships. In a recent interview, the couple spoke extensively on why many men sleep with their maids, why many marriages are daily crashing among other problems in relationships…

“Men sleep with their househelps when the couple are not on their guards. We are talking about God-fearing men here, who would not ordinarily sleep with their househelps, but somehow find themselves doing it. There is always a division of labour in the home. As the Bible puts it, the man is the head of the home and the woman is the helper. She is the keeper at home. Therefore, according to the Bible, everything about the domestic affairs is for the woman. From what God Himself told Haggai in the Bible when her househelp ran away, God asked her, “why are you running away from your mistress…Go and submit yourself to her.” Therefore, the househelp is under the woman. She submits to the woman. When a maid needs to buy things such as undies, body cream,make her hair or she has to report to the man when she is seeing her period, then there is going to be problem. When it is the man now asking the girl, ‘what’s wrong with you?’, why are you sad? Do you have tummy ache? Ok, come and see me in the room’ etc. There is fire on the mountain. There are certain boundaries that must be set in the home. When the woman fails to take charge of her responsibilities and passes them to the house help and the husband takes them up. She is setting up the husband for temptation.”

The pastors also insist that inappropriate dressing plays a major role in men having sex with their maids. According to them..

“Appropriate must be enforced in the home. A man is enticed by what he sees, therefore, the woman must not allow the househelp to dress indecently in such a way that all her contours are revealed and everything is dangling around the house because the man may be tempted even when he didn’t plan it. So the couple must have rules in the house, as you cannot just come into the kitchen or sitting room with only your nighties on or tie a towel or wrapper around your waist moving around the house. Those are troubles for the man. He should not say, “oh, she is only 14, there is nothing she can do”.

“No, she is a woman and the man seeing her unclothedness could be thrown off balance. Sometimes, the househelp themselves could be cunning. She wants to seduce the man. So, a man must be very careful. Then, the man must show his wife love all the time. The housegirl must not be allowed to see cracks in their marriage. The husband must not disrespect his wife anytime, especially in the presence of the girl, such as shouting on the wife and so on. Doing that will make the girl lose respect for the woman. These are just a few of the very many reasons men sleep with their househelps. If you as the man begins to find yourself attracted to the househelp, just send her away. If you are a man who wants to save your marriage and wants to honour your marriage and God, let your househelp go. I know that when a man begins to have feelings towards a woman, his defenses weaken, so the strength to even send her away is no where to be found. But struggle with your weakness to send her away. I have handled a case as that where the man has already slept with the househelp. Interestingly, the wife is by far more beautiful, but it’s not a matter of beauty now, it’s a matter of the more you live with somebody the more you see something that attracts you to the person which outsiders might not see.”