Tottenham FC midfielder Moussa Sissoko has been charged by the Football Association for an act of violent conduct after appearing to elbow Bournemouth’s Harry Arter in the face in Saturday’s goalless Premier League draw.

An FA statement on Monday said that as the incident was not seen at the time by referee Craig Pawson or his linesmen.

If the charge is upheld, the Frenchman could be banned for three games.

Arter responded angrily in the immediate aftermath of the challenge, as players from both sides became involved in a scuffle. 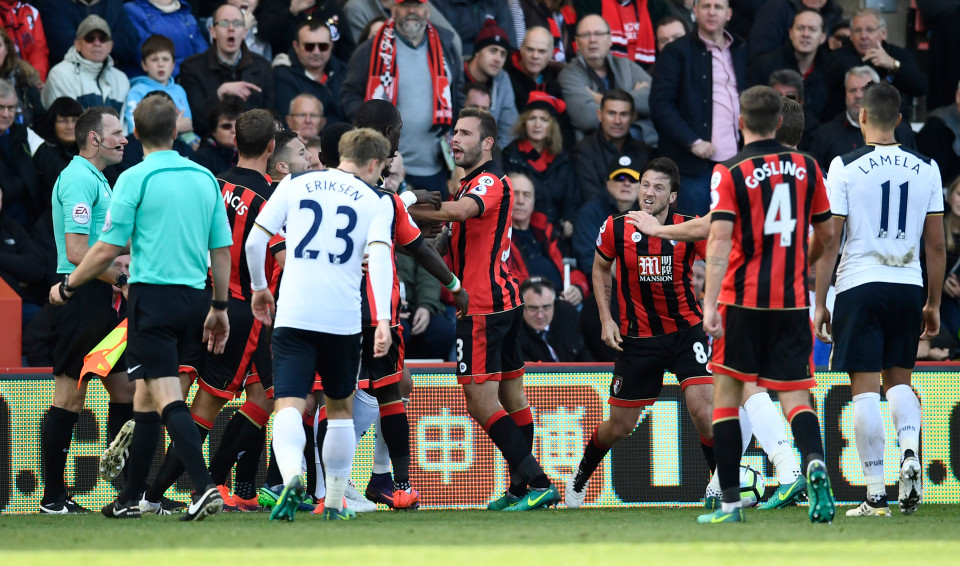 Arter said after the game:

“After the game he apologised. I’m not one to hold grudges. He said sorry, he didn’t mean (to do) it, so that’s the end of it.

“It looks like he elbowed me but he apologised and said it was an accident so that’s good to me.

“At times in the heat of the battle you react differently and now I feel happy with his apology and if he didn’t mean it hopefully he doesn’t get banned.”

Tottenham’s coach Mauricio Pochettino has however revealed that the club has no plans to contest the charge. He expects the French midfield to receive a three-match ban.