In fact if one wants to learn how to make controversial statements, Trump speech clips should be watched. 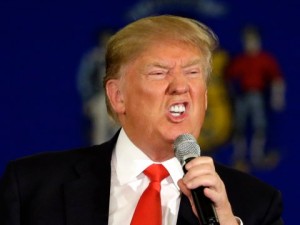 The latest of his silly statements occurred at a rally in Nevada on Wednesday, where he said: ”I don’t care how sick you are. I don’t care if you just came back from the doctor and he gave you the worst possible prognosis, meaning it’s over. Doesn’t matter. Hang out till November 8. Get out and vote.”

Before he then added, ”I say kiddingly, but I mean it.”

He also reassured dying people that after they are gone,”All we’re going to say is: ‘We love you and we will remember you always’”.

The 70-year-old is also currently in a mess as an audio recording revealed how he bragged about ‘grabbing a woman by the p*ssy’.

Recent polls show his main rival Hilary Clinton of the Democratic party takin a lead, and one wonders how his recent acts will help.

The election is to hold November 8.