According to reports, the flight was transporting the Brazilian side to Medellin airport for their match against Atletico Nacional when it disappeared off radar.

There were 72 passengers and 9 crew on board the charter plane. 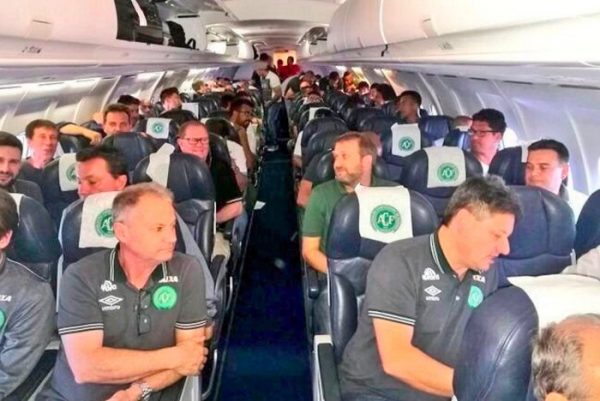 In a statement released by the continent’s governing body, CONMEBOL, all football activity in the region is now suspended until further notice.

“The South American Football Confederation confirms that it has been notified by Colombian authorities that a plane that was carrying the delegation of Brazil Chapecoense Atletico had an accident on its arrival in Colombia.

“We are in contact with the authorities and awaiting official progress. CONMEBOL greatly regrets what happened.

All activities of the Confederation are suspended until further notice.”

It was also announced that CONMEBOL president Alejandro Domínguez is on his way to Medellín.

The plane reportedly crashed due to lack of fuel at around 10.15pm local time.
It is thought to have come down in Cerro Gordo in the municipality of La Union, according to Mi Oriente.

Colombia has been hit by heavy storms which are hampering rescue efforts.

The site of the accident is only accessible by land due to climatic conditions and low visibility,” a statement from the airport said.

“The Colombian Air Force deployed a search and rescue helicopter which had to cancel the mission due to the adverse conditions.

“According to the authorities the police are mobilising all possible help since they are reporting six survivors.”

Colombian news website Noticias Caracol tweeted what is purported to be the first pictures of the wreckage. 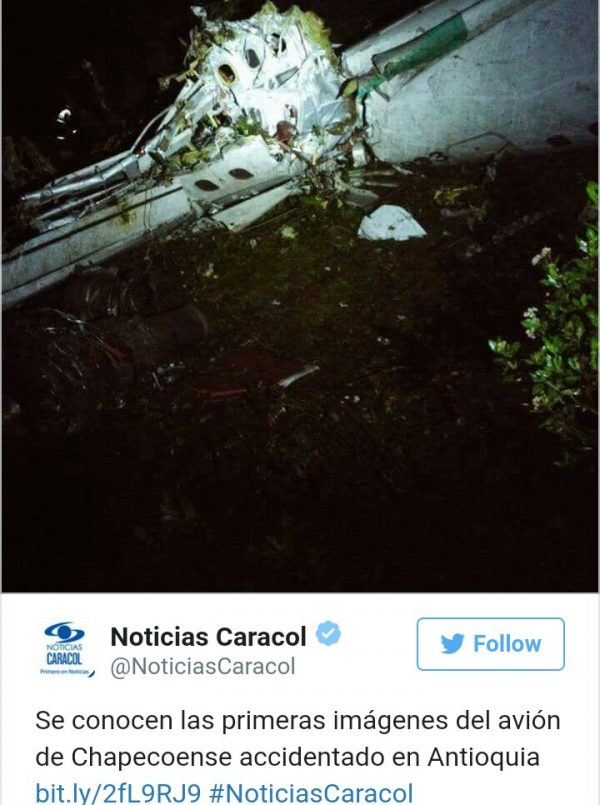 We have not been able to independently verify the images.

There have reportedly been a number of fatalities although an exact number is as yet unknown.

At least 10 people have been injured and are being evacuated from the scene, the commander of La Union fire department said, according to the website.