A USB stick which can detect HIV levels in less than 30 minutes has been developed by British scientists.

The device, created by scientists at Imperial College London and the privately-held US firm DNA Electronics, uses a drop of blood to detect HIV, then creates an electrical signal that can be read by a computer, laptop or handheld device.

Though the technology is new, it “shows great potential as a route to a point of care diagnostic suitable for use in clinical settings without access to a laboratory infrastructure,” researchers stated.

They also claim the device could be particularly useful in remote settings to help HIV patients manage their treatment more effectively, since current tests to detect virus levels take at least three days and involve sending a blood sample to a laboratory.

“Monitoring viral load is crucial to the success of HIV treatment. At the moment, testing often requires costly and complex equipment that can take a couple of days to produce a result,” said Graham Cooke, who co-led the research from the Imperial’s department of medicine.

“We have taken the job done by this equipment, which is the size of a large photocopier, and shrunk it down to a USB chip.”

The test, which uses a mobile phone chip, requires a drop of blood to be placed onto a spot on the USB stick. 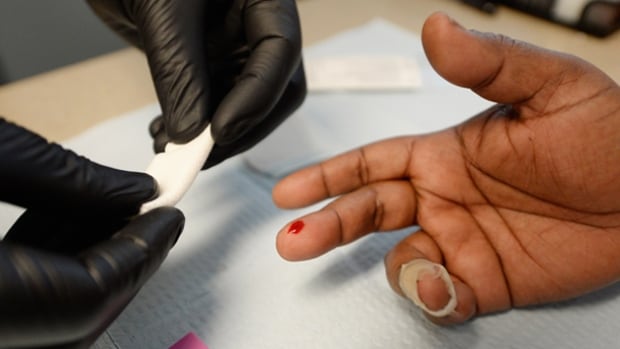 Any HIV in the sample triggers an acidity change, which the chip transforms into an electrical signal. This is sent to the USB stick, which shows the result on a computer or electronic device.

Published in the journal Scientific Reports, results showed the stick test was 95% accurate over 991 blood samples, and the average time to produce a reading was 20.8 minutes.