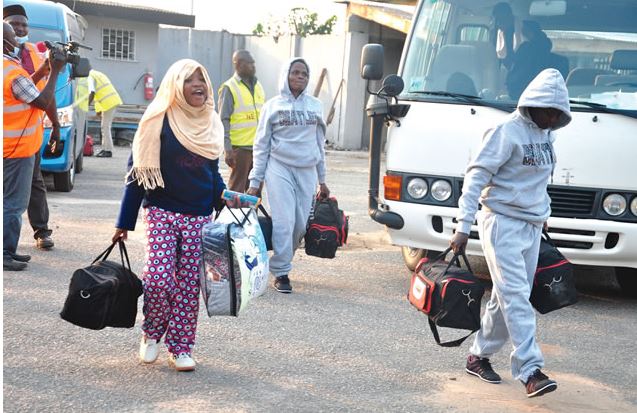 No fewer than 140 Nigerians, who were deported from Libya, arrived in the country on Tuesday through the Murtala Muhammed International Airport, Lagos.

The PUNCH learnt that the deportees, who arrived on board a Libyan Airline, were received by the Director-General of the National Emergency Management Agency, Sani Sidi, who was represented by the South-West Coordinator of the agency, Dr. Onimode Bamdele.

Our correspondent gathered that while many of the deportees left for their various destinations, others left in two chattered BRT buses for the Synagogue Church of All Nations.

Three of the deportees, who had medical issues, were said to have been taken to a hospital, where they were admitted for treatment.

Our correspondent gathered that most of the deportees had been in detention in various Libyan prisons before they were released after the intervention of the International Organisation for Migration and the Nigerian embassy in Libya. 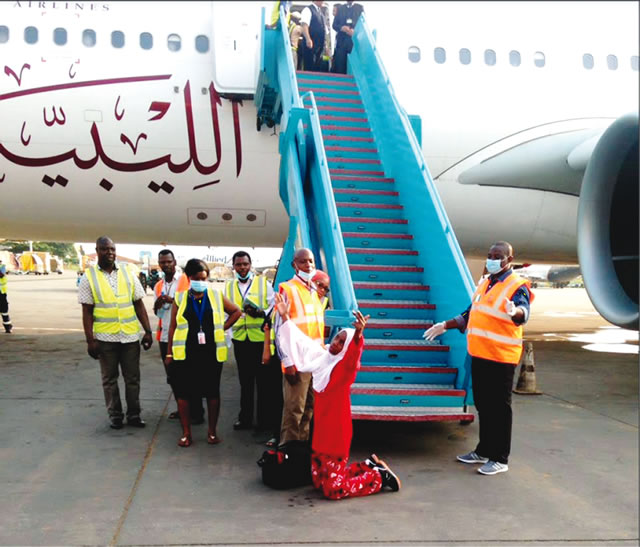 140-nigerians-deported-from-libya1He said, “A total of 140 Nigerians were deported. While some of them were from the villages and hinterland, a lot of them were imprisoned. But they all had the desire to return home due to the ugly experiences they had.

“Their deportation was facilitated by the International Organisation for Migration and the Nigerian embassy in Libya. They took off from Libya around 12.30pm Nigerian time and arrived at 4.30pm. Of the 140 deportees, 74 were male adults, while 52 were female adults. We also had six unaccompanied underage, consisting five females and one male. There were four infants among the deportees. Three of the deportees had medical issues and had to be taken to the hospital.

“Most of them dispersed to their various states — Benue, Edo, Anambra, Enugu — while we got six accommodated in hotels. Many of them left in two BRT buses for the Synagogue Church of All Nations.”

Farinloye said the deportees regretted their decision to travel abroad, adding that they had sad tales to tell.

He said the NEMA DG challenged them to stay in Nigeria and contribute to the development of the country.

He said, “They said what they passed through was what they would never wish for their enemies. The DG told them that even Libya that they went to believe there is no place like Nigeria because Nigeria has the most liberal policies for foreigners. He told them to stay back in Nigeria and help in developing the country and we will soon overcome our challenges.”