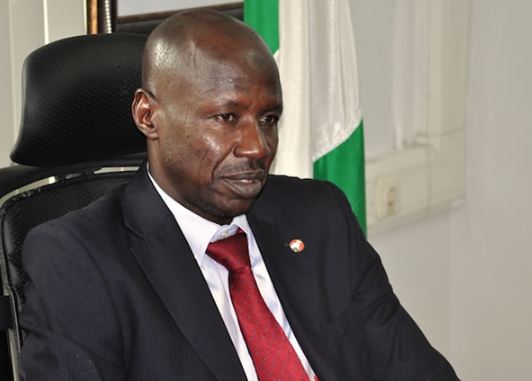 The Presidency has denied that the Acting Chairman of the Economic and Financial Crimes Commission, EFCC, Ibrahim Magu has been sacked.

In a series of tweets on Saturday, Garba Shehu, the spokesman for President Muhammadu Buhari said, ” no report has been made available to the Presidency by the Attorney General of the federation over the matter.”
The tweets: 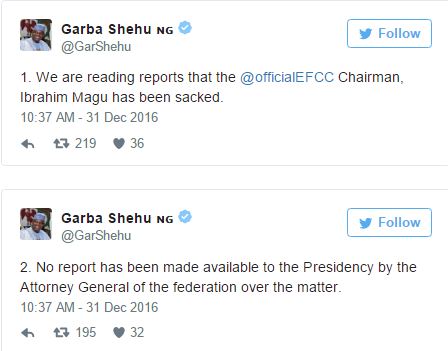 The Senate had rejected the nomination of Magu by Buhari as the Chairman of the EFCC, citing “security reports” as the reason for the rejection.

The PUNCH, however, sighted the “security report” by the DSS in which Magu’s activities were alleged to have made him ineligible to hold the office.

The letter, dated October 3, was addressed to the Clerk of the Senate, in reference to a letter by the Senate, dated September 21, 2016, asking for Magu’s security check.

The report, which listed several alleged malpractices against the EFCC boss, said his confirmation would frustrate the anti-graft drive of the Buhari-led administration.

Part of the allegations against Magu was his being in possession of EFCC documents in his private residence during the chairmanship of Farida Waziri.

The DSS also made reference to the circumstances surrounding Magu’s arrest, detention and suspension by the Nigeria Police.