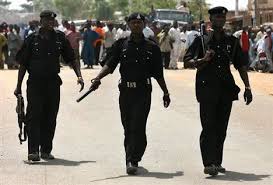 The Enugu State Police Command says it has commenced investigation into the clubbing to death of a police officer who was attempting to apprehend some hoodlums smoking Indian hemp in Enugu metropolis.

The News Agency of Nigeria, NAN, reports that the incident took place at about 5.p.m on Saturday at the popular New Artisan Market within Enugu metropolis.

NAN gathered that the hoodlums, who were intoxicated with the hard drugs, overpowered the officer and then used hard objects to club him to death.

Reacting, the command’s spokesman, Ebere Amaraizu, said that the police had begun massive crackdown and investigation into the matter.

“We are saddened with the development that we lost one of our own in the line of duty.

“It is unfortunate that at this age, people still engage in maiming law enforcement officers meant to protect and ensure they live peacefully in their neighbourhoods.

“We have launched investigation into the matter.

“The command would unravel what happened and deal with the culprits decisively,” he said