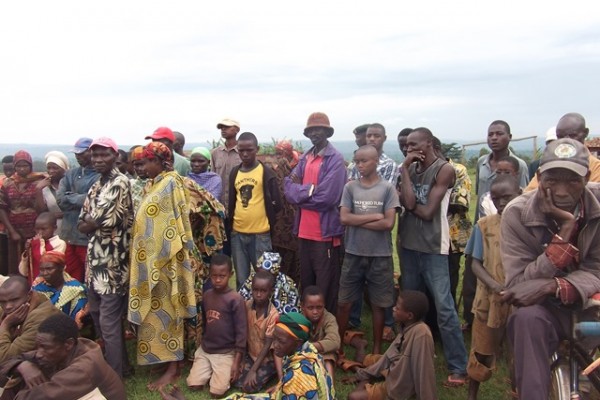 The Yobe state Fadama Coordination Office has organized a safety and awareness workshop for returning Internally Displaced Persons (IDPs), in the state.

The awareness workshop is expected to train them on how to identify Improvised Explosive Devices (IEDs), planted by the Boko Haram insurgents in their previously captured communities.

At the flagging off ceremony of the enlightenment workshop in Damaturu the state capital, the returnees were effectively educated on how to identify IEDs and promptly report to disposing units security operatives for proper diffusion.

During the sojourn of the Boko Haram insurgents in the captured areas, lots of IEDs were produced and haboured in the recaptured communities which calls for proper search and diffusion, else it could be destructive to the returnees.

At the workshop, Bomb disposal experts from the Nigeria Army and the Police, were present to educate the returnees on how to properly go about such devices if found in their communities.

Colonel Obasanjo of the 3 Division of the Nigeria Army base in Damaturu, informed participants that they may come across some substances which might look attractive but are very dangerous.

He then cautioned them against taking such strange objects.

“You may see some glittering and attractive metals or objects around these returning communities which were taken over by the insurgents. Please do well to avoid taking such. They are mostly destructive.

He went further to advise that: “On sighting such objects, kindly alert the available security personnel for proper diffusion to avoid explosion which can claim lives.

DSP Martin Mba on the other hand, informed participants that “the workshop will expose or educate them on the dangers posed by landmines as they will be able to identify such destructive substances at the end of the sensitization workshop”.

He then advised the IDPs to make the best use of the opportunity.

Coordinator of Fadama III in Yobe state, Mr Musa Garba, explianed that his organization embarked on such awareness campaign to save the lives and means of livelihood of the returnees who will be contributing to the development of the nation’s economy.

“The workshop is necessary and timely because the returnees will be engaged in farming, fishing and rearing of livestock which they were hitherto doing before and as these insurgents settled in their communities, there is the likelihood that they may have planted some explosives which will cause serious setbacks on our policies as a people and as a nation.

“We want to restore the means of livelihood of these people and we have to protect them froanything that will affect them.” Garba said.

The sensitization workshop will be carried out across the whole state with centers across Potiskum, Gashua, Geidam, and Nguru Local Government Areas.