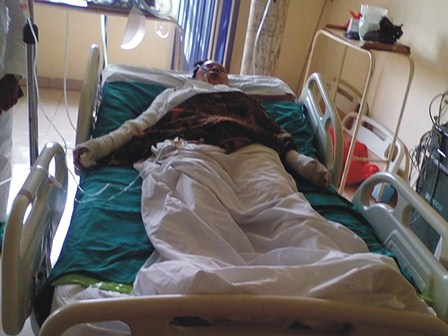 Uwah made this known on Friday in Uyo when he was speaking at stakeholders’ sensitisation meeting on kerosene fire incidents organised by the office of the Senior Special Assistant on Petroleum Matters.

He said that statistics available at the University of Uyo Teaching Hospital (UUTH) revealed that all the four dead persons were females and five of the injured were males.

Uwah said that kerosene explosions often occurred through adulteration of the genuine products and wrongful use of the product in stoves and lanterns.

He said that the explosions usually led to loss of skin, which according to him, “is our major protector against infection”.

He commended Gov. Udom Emmanuel of Akwa Ibom for the support given to the victims of kerosene explosion in the state through purchase of drugs and other consumables.

The Senior Special Assistant to the governor  on Petroleum Matters, Obong Essien Esema, said that the meeting was targeted at surface tank dealers and pedlars of kerosene.

Esema told the stakeholders that part of the measures of preventing kerosene explosion caused by adulteration was to get all surface tank dealers and peddlers registered by his office.

He advised the surface tank dealers and peddlers to get affiliated to well known filling stations for the supply of the product.

“Henceforth, no more hawking of kerosene, only filling stations and surface tank dealers will sell kerosene in the state.

“No surface tank dealer or peddler should buy kerosene from unknown source. If you don’t buy from them, they will have no market,” Esema said.