Deolu
An acclaimed man of God, Pastor Ngozi Odika who is the General Overseer of Ark of Covenant Ministry located at Ububo -Alia, Awara in Ohaji/Egbema Local Government Area of Imo State was recently descended upon by some irate youths of the area be­lieved to be ex-militants. 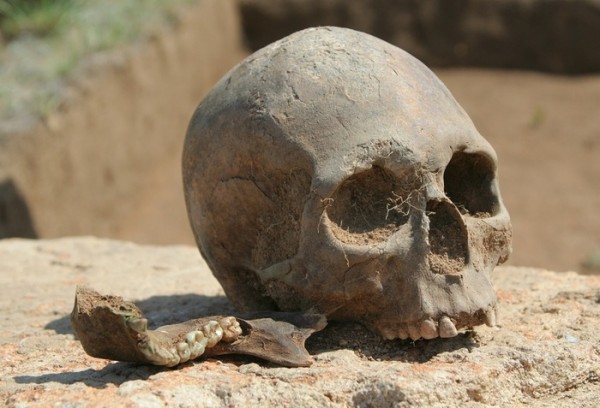 The Pastor was said to have been beaten black and blue on suspicion of using his church as a spir­itual ground for militants who patronise him for spiritual powers.
According to a witness from the oil rich com­munity, bubble for Odika burst when his alleged ac­complice and girlfriend (name withheld) was caught with some fetish objects by some repentant militants from the area.
According to the wit­ness, the lady who was known to the ex-mili­tants was stopped on her way to execute an errand for the pastor. On be­ing searched, such items including human hair, animal horns and other fetish objects were found on her.
The bewildered youths wasted no time as they descended on her, beat her to stupor before drag­ging her to the pastor at the church where he was already waiting for her. The witness further dis­closed that the beating continued with the pastor before he was handed to the vigilante in the area.
The witness said, “As the Pastor’s altar was later vandalized, other revela­tions emerged. In his al­tar was found 5 human heads buried alongside some other skulls of ani­mals.”
The youths also dis­covered a basin of blood and fingernails at a dis­crete area of the church.
On interrogation by the vigilantes, he con­fessed to being a spiritual father to the militants who come to him for various powers and other members of his church.
Odika was also alleged to use strands of hair of babies dedicated at the church for his devilish rituals.
Another source alleged the pastor after preparing charms for some mili­tants was constantly on their neck to pay him, but when some of the militants’ charms be­came impotent, they angry and accused him of reversing the charms he prepared for them.
Source: BreakingTimes
Share
Facebook
Twitter
WhatsApp
Previous articleWhy I Converted To Islam – Roman Catholic Priest
Next articleBuhari Returns To Nigeria on Sunday, Resumes Monday
- Advertisement -