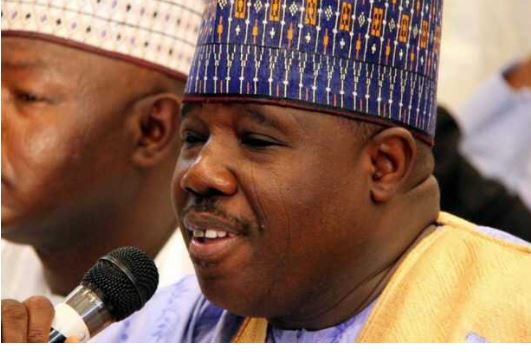 Senator Ali-Modu Sheriff has said he is willing to step down as the National Chairman of the Peoples Democratic Party (PDP), if it is in the best interest of the party.

“I am willing to relinquish the position for the party to move forward into achieving its goals,” he said while speaking to journalists in Abuja.
“I will consult other leaders of our party to see how we can organise our national convention, to stop our division and leadership tussle”, he added.

Sheriff stated that the victory at the court was for all PDP members, including those belonging to the Makarfi faction.

He disclosed that he would start consulting every stakeholder in the party, including the Governors, National Assembly and BOT members in order to organize a unified National convention.

He expressed hope that all aggrieved members will come back to the party.

Sheriff said: “There are no victors or losers. We are tired of losing elections and must unite to return to winning ways”.

He, however, added that “all the State Congresses held prior to the Port Harcourt convention stands. Therefore, existing State Executives remain intact”.

Sheriff said he already spoke to chairman of PDP reconciliatory committee, Governor Seriake Dickson, the Deputy, Senator Ibrahim Mantu as well as the BOT Chairman of PDP in a move to reconcile all aggrieved members as soon as possible.

“A timetable for that will be released as soon all consultations are concluded,” he assured.

Sheriff added that his faction will take over the PDP headquarters at Wadata House next week once it gets the court papers.

Sheriff further refuted the statement credited to him that he would deal with Governors Nyesom Wike and Ayo Fayose.

In attendance at the press conference were Senators Hope Uzodinma and Chris Uba, among others.

Sheriff was on Friday declared the authentic PDP chairman by a Court of Appeal in Port Harcourt.

His victory however drew mixed reactions from prominent members of the party.

The Ekiti State Governor, Ayodele Fayose, has described the ruling as a “rape on democracy”.

Fayose also hinted that they will take the case to the Supreme Court.

Former Aviation Minister, Femi Fani-Kayode, said it was time for him to dump PDP. He also called the court ruling a victory for President Muhammadu Buhari.