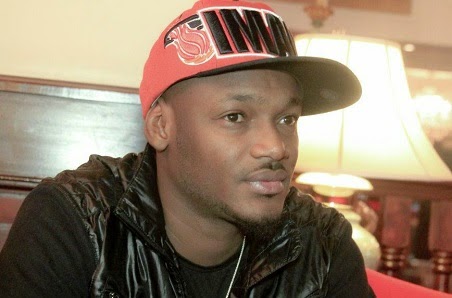 The commission disclosed this in a statement issued by Mr Hanson Tamfu, External Relations Officer, UNHCR, Nigeria, on Monday in Abuja.

He said the donation from the 2face Foundation was to support the commission in providing life-saving support to families forcibly displaced in Nigeria and across the continent.

Tamfu said that Tuface expressed joy and commitment to helping the victims of insurgency who have been forced to flee their homes as a result of the unrest in the North-East.

He said the musician also pledged his continuous support to UNHCR in its humanitarian assistance to the Internally Displaced Persons (IDPs) and other persons.

The officer quoted Tuface as saying, “I am proud to support the UN Refugee Agency because of its proven track record of being at the fore front of displacement emergencies.

“I want to help people who have been forced to flee their homes because of different issues.

“I care about them and this donation is one of such efforts because we plan to have a major charity concert in June to raise money whilst offering my music and talents to the world for donations towards this noble cause.

“I am confident in UNHCR because it knows how to make a difference in the lives of millions of women, children and men who have lost everything but hope,“ Tuface said.

Tamfu said that UNHCR is almost entirely supported by donations from governments, who contribute 89 per cent of its annual funding needs.

He disclosed that UNHCR and its partners require USD2.45 billion to provide critical life-saving assistance to the displaced families in Africa.

He said that funds were required to meet the enormous needs of displaced persons with the number of the world’s displacement at more than 63.9 million.

The officer explained that this was also due to an unprecedented level of over 19.4million of those living in Sub-Saharan Africa, the needs are enormous.

Mr Valentin Tapsoba, UNHCR’s Director of the Africa Bureau, appreciated Tuface for his generosity and contribution to UNHCR’s cause.

Tapsoba said that having someone of Tuface’s calibre who recognises the needs of the people who have been forced to flee their homes was extremely encouraging.

He said that it was a clear step in the direction of an Africa that takes ownership of its own challenges and strives to address them.

Tapsoba said that as a musician, who has been singing for over two decades, his campaign would cut across all generations and make an impact.

The Bureau Chief said that in Nigeria, the UN Refugee Agency responds to the needs of the more than 1.8 million displaced.

He explained that since the needs were over whelming, the agency has turned to Africa’s philanthropic world to meet some of the funding gaps, which are worrisome and huge.

The donation from Tuface, founder of the 2face Foundation, is to kick-start UNHCR’s first ever fundraising campaign in Nigeria.