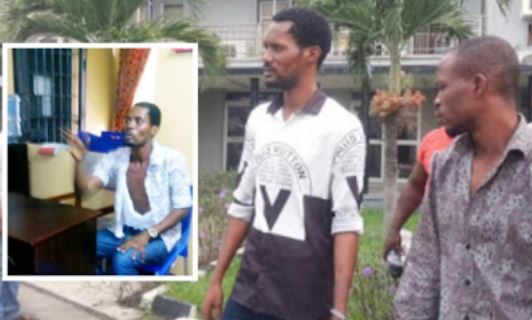 Despite sharing a general cell with over 50 inmates, movie promoter, Seun Egbegbe is said to be eating and coping well since arriving the medium security prison.

It will be recalled that what took the movie producer there was his alleged swindling of some bureau de change operators.

Reports say he has swindled over 30 bureau de change operators between August 2015 and February 2, 2017.

You will also recall that, Seun is also standing trial for the theft of 9 iphones from a shop in computer village.

Seun is to spend 30 days in prison before appearing in court again where his bail application might be heard and that is if the judge grants him bail, hence he spends more days in Ikoyi Prison.