Segun Arinze is a known and popular Icon when it comes to Nigeria movies but there are afew things you might not know about him. 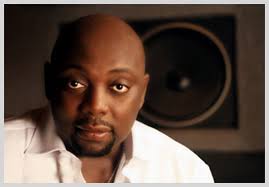 The former National President of the Actors Guild of Nigeria is a staunch Chelsea FC of England fan, and he is serving as a teacher and mentor to many upcoming actors in the country.

Below are five things you don’t know about the multiple award-winning actor:

1. He is one actor that is not working with his surname. His father is from Badagry, Lagos, while his mother is from the eastern part of the country. Therefore, his surname is Aina-Padonou. Segun is one of his Yoruba names, while Arinze is an Igbo name given to him by his mother.

2. A Chelsea Fan: Despite being a fanatical Chelsea fan, a club synonymous with colour blue, Segun’s favourite colours are red and white

3. He loves Food: His favourite foods are amala dudu (yam flour) and spaghetti. He can eat either of the food three times in a day. As for the amala, Segun prefers it with ewedu soup. Vegetable is his second choice.

4. He Enjoys Beer:  Unlike many of his colleagues, Segun’s favourite drink is Guinness (Stout). He prefers Stout (the big size in particular) to any kind of expensive drink in the world

5. He Is Exposed: As an actor of international repute, Segun has travelled far and wide, but one country he is currently dreaming to go is Azerbaijan.

However, several years ago Segun broke up with actress Ann Njemanze who is popularly known for her role in the movie ‘Domitila” and married another woman. Segun is a very loving and caring man unlike most roles he plays in his movies.