One Mr. Lateef Raheem has been  arraigned before a Chief Magistrate Court sitting in Ebute Meta, Lagos  for allegedly raping a three-year-old girl (name withheld). 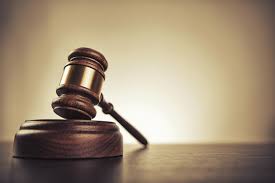 The mother of the victim, whose name was not disclosed, said her daughter complained of pains in her private part while she was bathing her, adding that she told her the pains were caused by ‘Baba,’ which led to the accused person’s arrest by police officers.

According to the mother of the Victim, “It was on Monday, as I was bathing my child and wanted to wash her private part, she started complaining of pains, and I asked her what happened, why her vagina was paining her.

“She said it was one Baba. I asked her which Baba? She said Baba that use to drive Okada (a commercial motorcyclist). And this was happening around 10 p.m.”

The woman said her daughter took her to Mr. Raheem’s house the next day.

“When I saw the man, I said to him, ‘Baba thank you very much, anytime you see my daughter around, please chase her away.

“And the Baba started raising his voice at me, saying ‘What is it? Did I touch your daughter?

So because of that I called my brother and reported the matter to him. My brother reported to the police and Baba was arrested”