The FCT Minister, Malam Muhammad Musa Bello, has directed the Ag. Secretary of the FCT Social Development Secretariat to immediately allocate a shop to a physically challenged trader at the Cyprian Ekwensi Centre, Area 10, Garki Abuja. 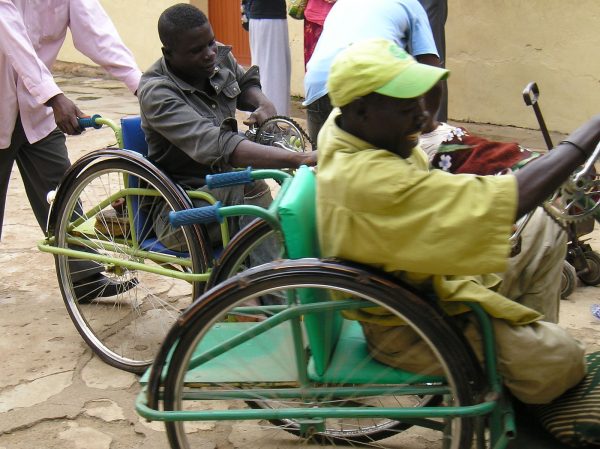 The physically challenged trader was displaced by the demolition of illegal structures carried out recently by FCT Administration in Wuse zone 3, Abuja.

The Minister gave this directive while receiving a delegation of Brekete Family led by the representative of the Ordinary President, Madam Andra Nwadiae, Brekete Family Chattered Mediator and Conciliator that paid him a visit in his office at Area 11, Garki I District, Abuja.

Malam Bello also promised to allocate a suitable green area in the Federal Capital City to the physically challenged persons to be developed into a mega park.

He urged them to partner with reputable developers for the purpose of developing the proposed park to an enviable standard.

The Minister paid tribute to Brekete Family and enjoined them to continue to champion the cause of the less privileged and provide formidable voice for the voiceless in the society.

Malam Bello promised to support their cause and make them to contribute their quota to the society because some of the less privileged persons are full of talents that can adequately be exploited for the development of the society.

Speaking at the occasion, the representative of the Ordinary President, Madam Andra Nwadiae, poured encomium on the Minister saying that no Minister had ever given Brekete Family such warm reception.

She thanked the Minister for this uncommon kindness because he has given hope to the less privileged in the Federal Capital Territory and urged other government functionaries to emulate this generosity.