President of , Muhammadu Buhari, has sent his condolences to the former Head of State, General Yakubu Gowon (rtd), over the passing away of his younger sister, Kande Martha Audu.

The President, who called from London, extended his deepest condolences to General Gowon and his family, urging them to take solace in the fact that Mrs Audu lived a worthy and exemplary life.

According to the President, ” 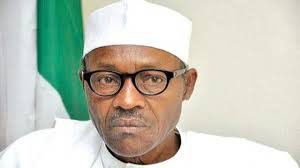 Death is an inevitable end that must come to all mortals, and we must keep praying and working to ensure that we live a life that pleases our Creator and benefits humanity.”

He also prayed that God would comfort the grieving family and grant rest to the soul of Mrs Audu.

General Gowon, who thanked President Buhari for the commiserations, assured him that he would not relent in praying for the unity and progress of the country, adding that Nigerians are also praying for the President’s quick recovery.

This was revealed in a statement signed by Special Adviser to the President on Media and Publicity, Mr Femi Adesina.